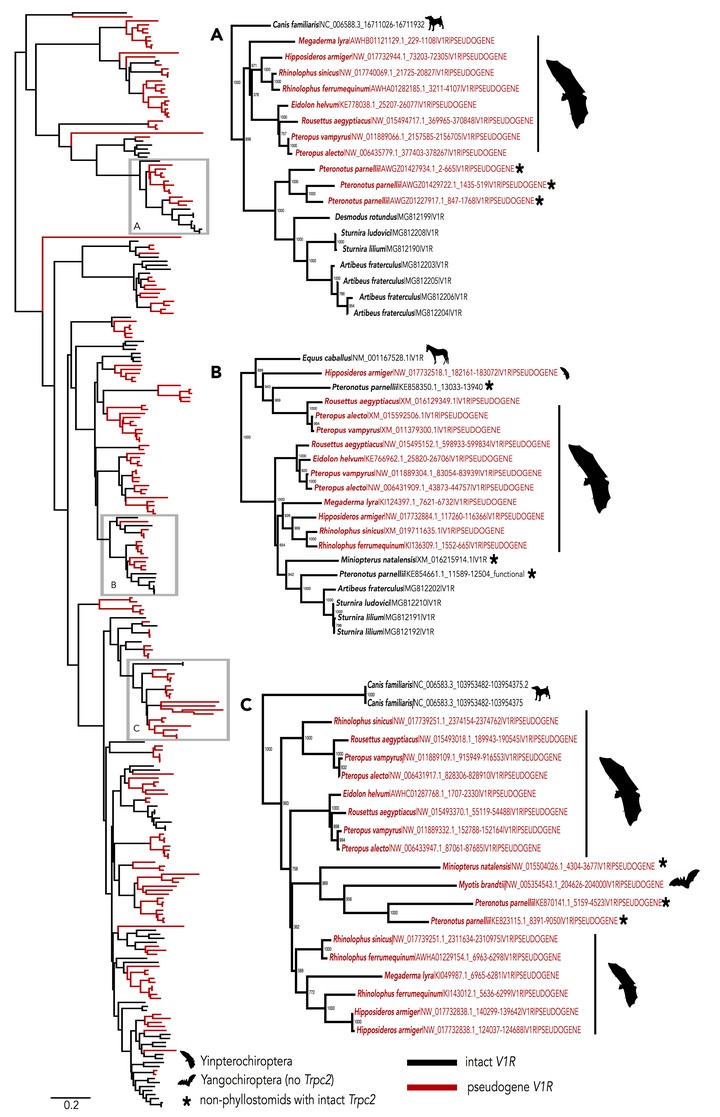 In mammals, social and reproductive behaviors are mediated by chemical cues encoded by hyperdiverse families of receptors expressed in the vomeronasal organ. Between species, the number of intact receptors can vary by orders of magnitude. However, the evolutionary processes behind variation in receptor number, and its link to fitness-related behaviors are not well understood. From vomeronasal transcriptomes, we discovered the first evidence of intact vomeronasal type-1 receptor (V1r) genes in bats, and we tested whether putatively functional bat receptors were orthologous to those of related taxa, or whether bats have evolved novel receptors. Instead of lineage-specific duplications, we found that bat V1rs in bats show high levels of orthology to those of their relatives, and receptors are under comparative levels of purifying selection compared to non-bats. Despite widespread vomeronasal organ loss in bats, V1r copies have been retained for >65 million years. The highly conserved nature of bat V1rs challenges our current understanding of mammalian V1r function and suggest roles other than conspecific recognition or mating initiation in social behavior.