Historical Biogeography of the Antilles 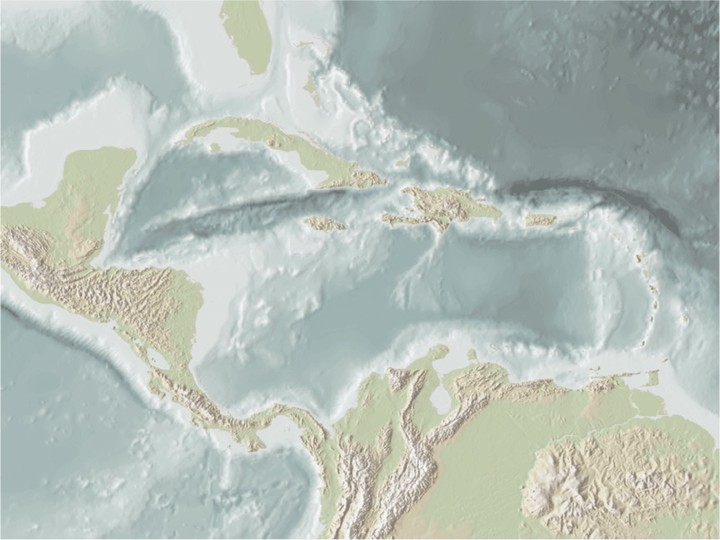 Earth history and the evolution of Caribbean bats
Although the natural history of the Caribbean is better understood now than ever before, a general biogeographic explanation for the …
Liliana M. Dávalos
PDF Cite Project Source Document Dated Phylogenies

The geography of diversification in the mormoopids (Chiroptera: Mormoopidae)
The traditional explanation of the distribution of the Mormoopidae is that this family originated in southern Central America or northern South America, later expanding its range north to Mexico and the West Indies, and differentiating into eight species. An alternative fossil-based hypothesis argues that the family originated in the northern Neotropics, reached the Caribbean early in its history, and dispersed to South America after the completion of the Isthmus of Panama. The present study analyses new and previously published sequence data from the mitochondrial 12S, tRNAval, 16S, and cytochrome b, and the nuclear Rag2, to evaluate species boundaries and infer relationships among extant taxa. Fixed differences in cytochrome b often coincide with published morphological characters and show that the family contains at least 13 species. Two additional, morphologically indistinct, lineages are restricted to Suriname and French Guiana. Phylogeny-based inferences of ancestral area are equivocal on the geographical origin of mormoopids, in part because several internal nodes are not resolved with the available data. Divergences between Middle American and Antillean populations are greater than those between Mexico/Central America and South America. This suggests that mormoopids diversified in northern Neotropics before entering South America. A northern neotropical origin for mormoopids is congruent with both the Tertiary fossil record and recent phylogenetic hypotheses for the sister family to the Mormoopidae, the Phyllostomidae.
Liliana M. Dávalos
PDF Cite Project Source Document DOI 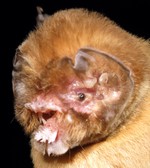 Molecular phylogeny of funnel-eared bats (Chiroptera: Natalidae), with notes on biogeography and conservation
Two assumptions have framed previous systematic and biogeographic studies of the family Natalidae: that it comprises a few widespread species, and that extant lineages originated in Mexico and/or Central America. This study analyzes new sequence data from the mitochondrial cytochrome b and the nuclear Rag2, to clarify species boundaries and infer relationships among extant taxa. Fixed differences in cytochrome b coincide with published morphological characters, and show that the family includes at least eight species. One newly recognized species is known to live from a single locality in Jamaica, suggesting immediate conservation measures and underscoring the urgency of taxonomic revision. Among the three genera, Chilonatalus and Natalus form a clade, to the exclusion of Nyctiellus. This phylogeny and the geographic distribution of natalids, both extant and extinct, are hardly compatible with a Middle American origin for the group. Instead, extant natalids appear to have originated in the West Indies. The threat of Caribbean hurricanes early in their evolutionary history might account for the specialized cave roosting that characterizes all natalids, even continental species.
Liliana M. Dávalos
PDF Cite Project Source Document DOI

Exploring population genetic structure in three species of Lesser Antillean bats
We explore population genetic structure in phyllostomid bats (Ardops nichollsi, Brachyphylla cavernarum and Artibeus jamaicensis) from the northern Lesser Antilles by investigating the degree to which island populations are genetically differentiated. Our hypothesis, that the island populations are genetically distinct because of a combination of founding events, limited migration and genetic drift exacerbated by catastrophe‐induced fluctuations in population size, is derived from a priori hypotheses erected in the literature. The first prediction of this hypothesis, that within each species island populations are monophyletic, was tested using a parametric bootstrap approach. Island monophyly could not be rejected in Ardops nichollsi (P = 0.718), but could be rejected in B. cavernarum (P < 0.001) and Artibeus jamaicensis (P < 0.001). A second prediction, that molecular variance is partitioned among islands, was tested using an amova and was rejected in each species [Ardops nichollsi (P = 0.697); B. cavernarum (P = 0.598); Artibeus jamaicensis (P = 0.763)]. In B. cavernarum and Artibeus jamaicensis, the admixture in mitochondrial haplotypes from islands separated by > 100 km of ocean can be explained either by interisland migration or by incomplete lineage sorting of ancestral polymorphism in the source population. As an a posteriori test of lineage sorting, we used simulations of gene trees within a population tree to suggest that lineage sorting is an unlikely explanation for the observed pattern of nonmonophyly in Artibeus jamaicensis (PW < 0.01; PSE = 0.04), but cannot be rejected in B. cavernarum (PW = 0.81; PSE = 0.79). A conservative interpretation of the molecular data is that island populations of Artibeus jamaicensis, although isolated geographically, are not isolated genetically.
Bryan C. Carstens, John J. Sullivan, Liliana M. Dávalos, Peter A. Larsen, Scott C. Pedersen
PDF Cite Project Source Document DOI 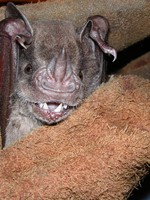 Historical biogeography of the Antilles: Earth history and phylogenetics of endemic chiropteran taxa
Vicariance and dispersal are the main hypotheses used to explain the distribution and diversification of taxa on both continents and …
Liliana M. Dávalos
PDF Cite Project Source Document
Phylogeny and biogeography of Caribbean mammals
Vicariance and dispersal hypotheses have been proposed over the last two hundred years to explain the distribution, diversity, and faunal composition of the Caribbean biota. Despite great advances in understanding the geological history of the region, recent biogeographical reviews have not used historical biogeographical methods. In this paper I review the taxonomy, distribution and phylogeny of all Cenozoic Caribbean non-volant mammals and four bat lineages, and present reconciled trees for available phylogenies. Dates available from the fossil record and hypotheses of divergence based on molecular phylogenetic studies are also included in general assessments of fit between proposed geological models and Caribbean mammal diversification. The evidence posited in mammalian phylogenies does not add to the argument of dispersal vs. vicariance. One previously unidentified temporal pattern, the colonization of the Caribbean by South American mammals between the Palaeocene and the Middle Miocene, accounts for the distribution and phylogeny of the majority of lineages studied. Choloepodine and megalocnine sloths, hystricognath rodents, and primates all arrived during this window of colonization. Of these, megalocnine sloths, hystricognath rodents, Brachyphylla and allied bats, Stenodermatina bats, and primates fit the pattern of divergence from the mainland implied by the Gaarlandia hypothesis. Sloths, rodents and primates also roughly fit the timing of arrival to the Caribbean implied by Gaarlandia. The remaining taxa show contradictory dates of divergence according to molecular clock estimates, and no taxa fit the predicted timing and pattern of divergence among Antillean landmasses under the Gaarlandia model. Choloepodine sloths, murid rodents, insectivorans, mormoopids, and natalids show patterns of divergence from the mainland that are inconsistent with the Gaarlandia hypothesis and seem to require taxon-specific biogeographical explanations.
Liliana M. Dávalos
PDF Cite Project Source Document DOI