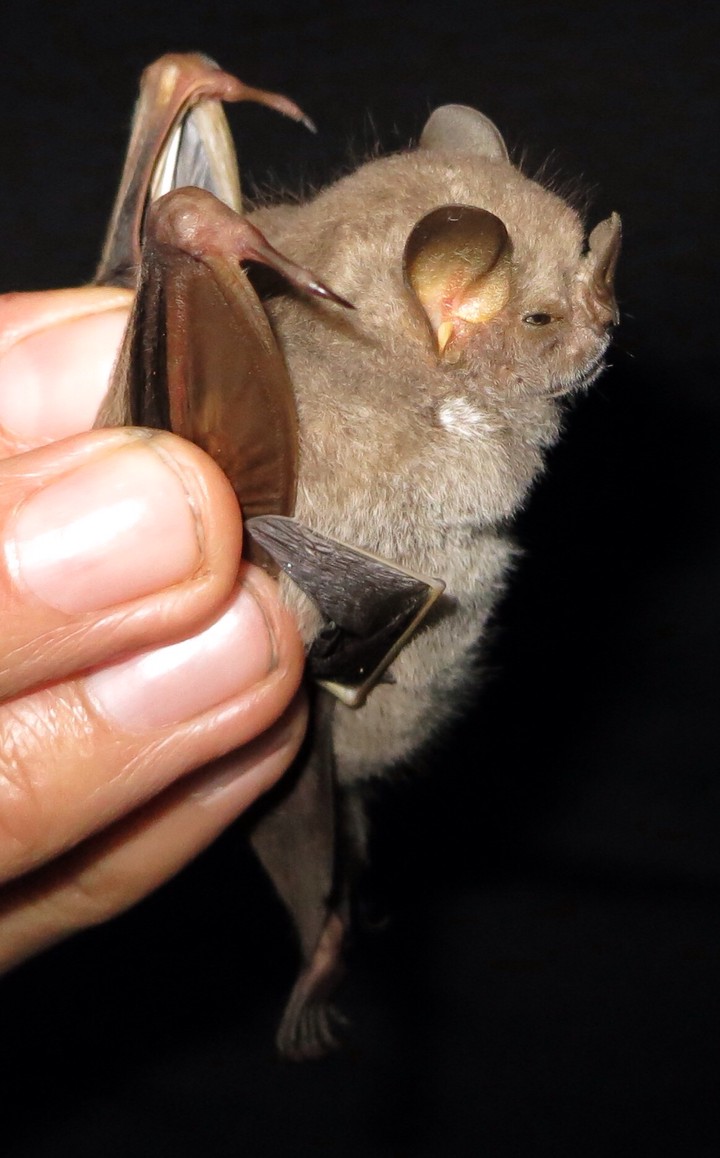 Aim To test the hypothesis that Caribbean Short‐faced bats descended from a single recent ancestor that originated in the continental Neotropics (Mexico, Central America and/or South America). Location The Neotropics, including the West Indies. Methods New mitochondrial cytochrome b and nuclear Rag2 sequences were combined with published molecular data to estimate phylogenetic relationships and sequence divergence among Short‐faced bats. The resulting phylogenies were compared with those compatible with the single‐origin hypothesis using two model‐based statistical tests. Confidence limits on sequence divergence were estimated using a parametric bootstrap. Results All molecular phylogenies revealed two independent Caribbean lineages and showed that continental Short‐faced bats share a recent common ancestor. Morphology‐based trees compatible with the single‐origin hypothesis were significantly worse at explaining the molecular data than any molecular phylogeny. Main conclusions The ancestor of all Short‐faced bats reached the Antilles in the Miocene, too recently to have used a proposed Oligocene land bridge, and well before the Pleistocene glaciations that are thought to have facilitated dispersal for many bats. After a long period of isolation, Short‐faced bats diversified quickly on the Caribbean islands. A single Short‐faced lineage then reached the continent and subsequently expanded its range and diversified into the four extant genera. Among bats, independent lineages of aerial insectivores and nectarivores have also recolonized the continent after evolving in the West Indies. The evidence for an insular origin of the short‐faced frugivorous radiation completes a dynamic model of Caribbean biogeography that encompasses an entire biological community.