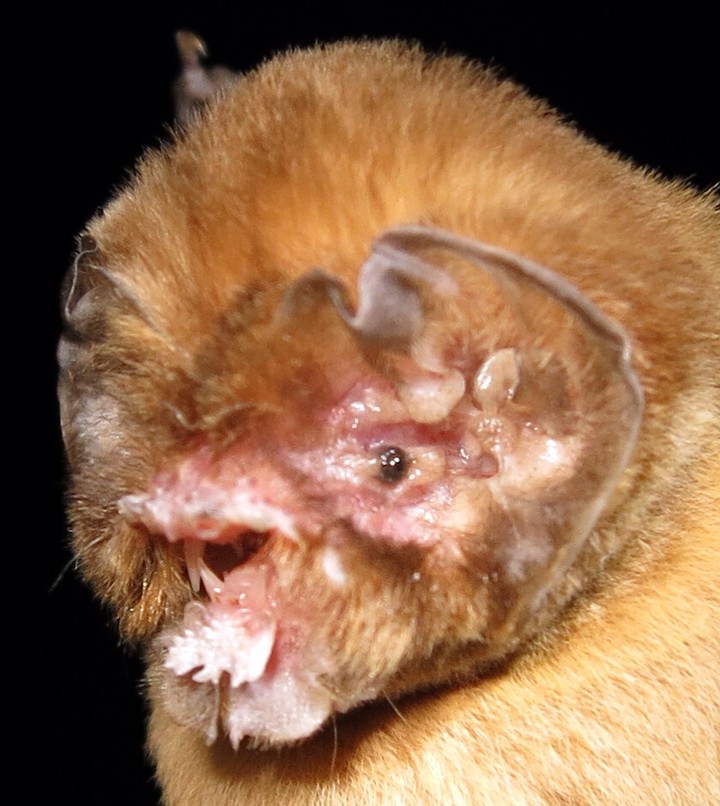 The traditional explanation of the distribution of the Mormoopidae is that this family originated in southern Central America or northern South America, later expanding its range north to Mexico and the West Indies, and differentiating into eight species. An alternative fossil-based hypothesis argues that the family originated in the northern Neotropics, reached the Caribbean early in its history, and dispersed to South America after the completion of the Isthmus of Panama. The present study analyses new and previously published sequence data from the mitochondrial 12S, tRNAval, 16S, and cytochrome b, and the nuclear Rag2, to evaluate species boundaries and infer relationships among extant taxa. Fixed differences in cytochrome b often coincide with published morphological characters and show that the family contains at least 13 species. Two additional, morphologically indistinct, lineages are restricted to Suriname and French Guiana. Phylogeny-based inferences of ancestral area are equivocal on the geographical origin of mormoopids, in part because several internal nodes are not resolved with the available data. Divergences between Middle American and Antillean populations are greater than those between Mexico/Central America and South America. This suggests that mormoopids diversified in northern Neotropics before entering South America. A northern neotropical origin for mormoopids is congruent with both the Tertiary fossil record and recent phylogenetic hypotheses for the sister family to the Mormoopidae, the Phyllostomidae.