The Nature and Dynamics of Bacterial Genomes 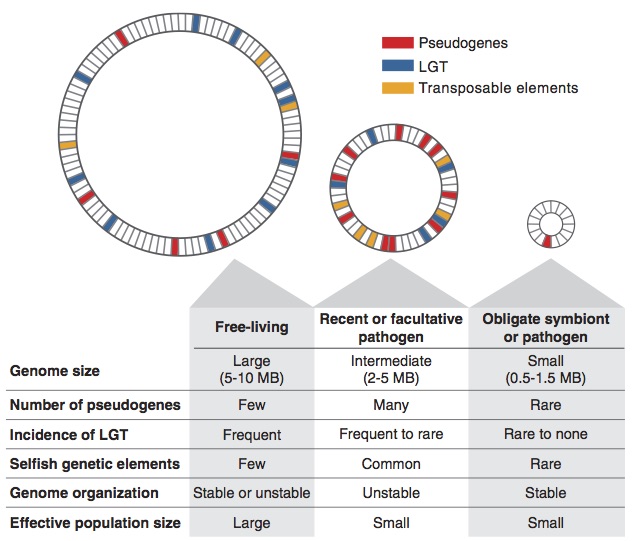 Though generally small and gene rich, bacterial genomes are constantly subjected to both mutational and population-level processes that operate to increase amounts of functionless DNA. As a result, the coding potential of bacterial genomes can be substantially lower than originally predicted. Whereas only a single pseudogene was included in the original annotation of the bacterium Escherichia coli, we estimate that this genome harbors hundreds of inactivated and otherwise functionless genes. Such regions will never yield a detectable phenotype, but their identification is vital to efforts to elucidate the biological role of all the proteins within the cell.