Accounting for molecular stochasticity in systematic revisions: Species limits and phylogeny of Paroaria 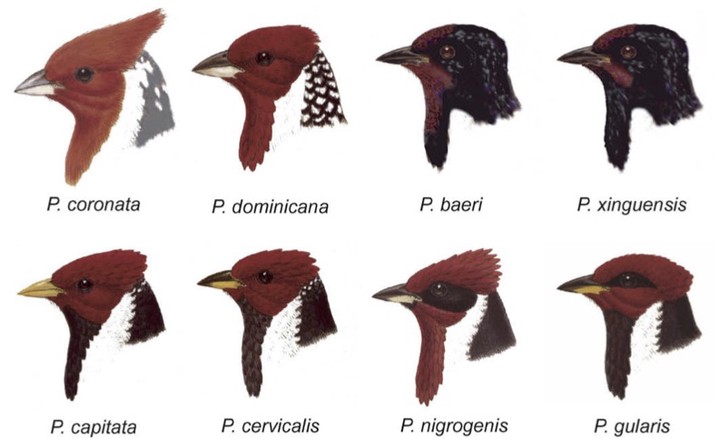 Different frameworks have been proposed for using molecular data in systematic revisions, but there is ongoing debate on their applicability, merits and shortcomings. In this paper we examine the fit between morphological and molecular data in the systematic revision of Paroaria, a group of conspicuous song- birds endemic to South America. We delimited species based on examination of >600 specimens, and developed distance-gap, and distance- and character-based coalescent simulations to test species limits with molecular data. The morphological and molecular data collected were then analyzed using parsi- mony, maximum likelihood, and Bayesian phylogenetics. The simulations were better at evaluating the new species limits than using genetic distances. Species diversity within Paroaria had been underesti- mated by 60%, and the revised genus comprises eight species. Phylogenetic analyses consistently recov- ered a congruent topology for the most recently derived species in the genus, but the most basal divergences were not resolved with these data. The systematic and phylogenetic hypotheses developed here are relevant to both setting conservation priorities and understanding the biogeography of South America.