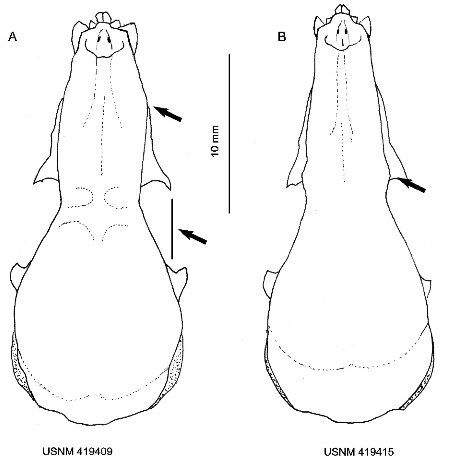 Since 2004 five new species have been described in the nectar-feeding phyllostomid bat genus Lonchophylla. All the new species are endemic to one Neotropical ecoregion, suggesting that more species remain to be discovered among collected specimens currently referred to several widespread taxa. Herein we describe a new species, Lonchophylla orienticollina, endemic to the middle elevations of the eastern Andes of Venezuela, Colombia, and Ecuador. The new species superficially resembles its sympatric congener L. robusta, but its cranial morphology and combination of measurements are distinctive. Throughout its range, L. orienticollina is sympatric with L. robusta, and it also overlaps with L. handleyi in the Cordillera Oriental of Ecuador. The evolutionary processes leading to the divergence among Lonchophylla species, as well as the ecological mechanisms that enable multiple, subtly different species to coexist will remain obscure without new field and phylogenetic studies.