Forests in the Time of Violence; Conservation Implications of the Colombian War 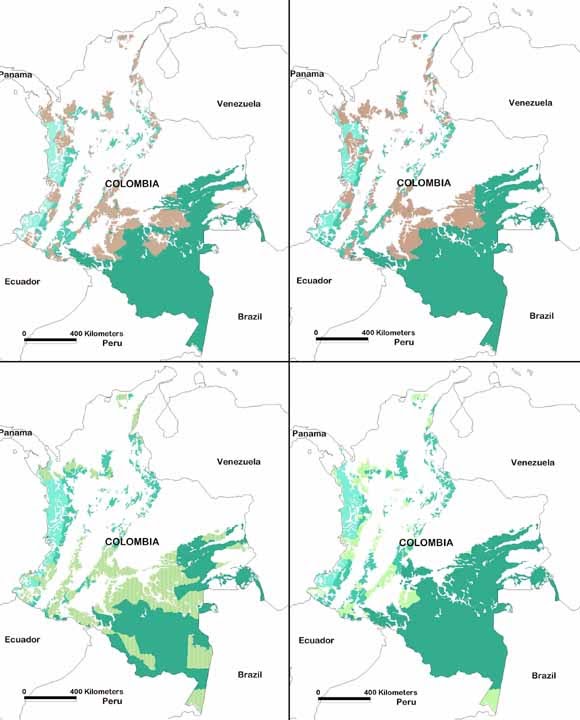 Forest remnants in the Colombian Amazon, Andes, and Chocó are the last repositories of a highly diverse and endemic biota. Historical changes in the Colombian landscape have been dramatic, but the magnitude and rate of change has increased over the last half century, while conflict has consumed the capacity of Colombian society to respond to environmental threats. Academic experts in the study of the Colombian conflict have explored the social, political, and economic implications of the war. However, the environmental consequences of conflict are documented only when groups in conflict target salient economic resources. This paper presents the first analysis of the geographic distribution of forest remnants in relation to armed conflict in Colombia. Results show that guerrillas and/or paramilitaries range throughout areas of human encroachment into remnant forests. The policies promoted by Colombia’s irregular armed forces range from “gunpoint conservation” rarely applied by guerrillas, to the rapid conversion of forests and crops to cattle ranches and coca (Erythroxylum sp.) plantations, following paramilitary occupation. Because the rates and extent of fragmentation are linked to such land use practices, armed groups may play a crucial role in determining the fate of Colombia’s forests and their endemic biota.