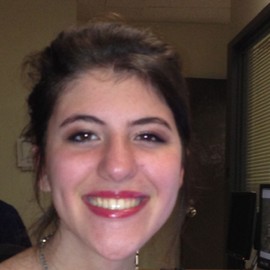 My name is Gabrielle Donnelly, and I am a senior at Smithtown High School East. Since working on identifying bats’ species through their echolocation signals, over the summer of 2012, I have gained a fascination with these misunderstood mammals. I have learned about the important role Chiroptera (bats) play in decreasing the need for pesticides due to insect consumption, pollination of plants, and advances in treatment for stroke victims with use of their saliva’s anticoagulants. Unfortunately, many do not realize the importance of maintaining the bat populations, and therefore bat numbers are rapidly declining. The newly-discovered white-nose syndrome has been spreading rapidly and killing large numbers. Additionally, those studying bats commonly remove a substantial group of individuals from the population. Using information on population demographics and dynamics, along with data simulation and analysis using R programming, I was able to determine the impact scientists can have on bat populations. I found that the removal of even 1-2 individuals from a sizable population can have a negative influence on population demographics, including net reproductive rate and annual population growth rate. In all tests, comparisons between the control and experimental groups showed a decline in key values, causing a population decrease. This information will be helpful in encouraging scientists to be more wary of the possible negative effects their research could have on bat populations. Working in a lab was at times challenging, but was always rewarding. I am incredibly grateful to have had this opportunity and I have certainly learned a lot. Helping the environment has always been a passion of mine, and I believe this work can be helpful to my future studies in this field.