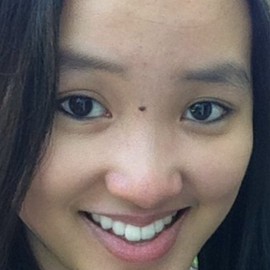 My name is Courtney Cheng and I am a senior at Smithtown High School East. The goal of my project was to identify candidate genes for positive selection in bats with extreme dietary adaptations, in particular nectarivory. To meet the high energy demands of powered flight, these bats must ingest large quantities of sugar in a short period of time. They have the ability to consume sugars quickly and efficiently while maintaining normal glycaemia, unlike humans. When humans concentrate their diet to feed exclusively on nectar, they develop type II diabetes. Since bats and humans share a relatively recent common ancestor, the genetic adaptations of bats can provide information to the fundamental processes of type II diabetic patients. This summer I was able to develop a database of genes involved in sugar metabolism in mammals and identify four key genes to sequence in selected species. Using databases and programs such as GenBank, Cipres, and FigTree, I was able to create gene trees to infer the evolutionary relationships of these genes among various mammals. Working in the Davalos lab has helped me gain skills I hope to carry with me throughout college and future career.